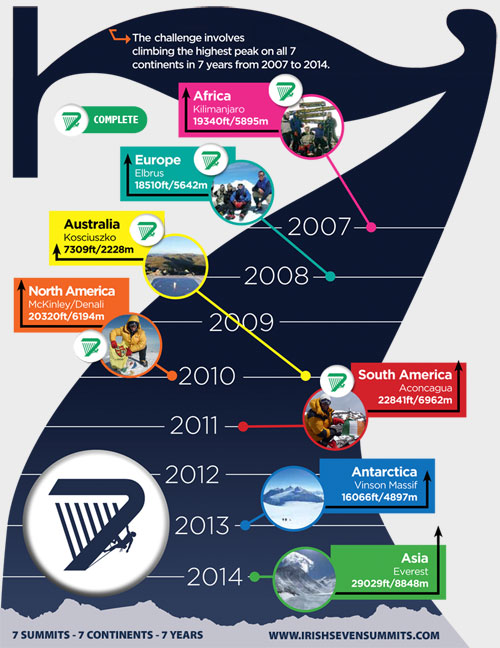 Inspired by a trek to Everest Base Camp in 2005, Paul Devaney from Longford assembled a team of classmates from his Aeronautical Engineering class at University of Limerick to take on Kilimanjaro, Africa’s highest peak and the tallest free-standing mountain in the world. Thus the seeds were sown for an epic mission to translate ideas into action and conquer the Seven Summits – the highest mountain on all 7 continents under the new banner of ‘Irish Seven Summits’.

Paul has partnered with Liam’s Lodge and all funds raised from his expeditions will be helping us make positive life impacts for sick children in Ireland’s first National Respite Centre for genetic and rare disorders.

We use cookies to ensure that we give you the best experience on our website. If you continue to use this site we will assume that you are happy with it.OkRead more
Go to Top