Today see’s the launch of a spectacular and challenging fundraiser, the first of its kind to be undertaken in Ireland. Kerryman, Ice Explorer & adventurer Mike O’Shea from Dingle, recently visited Tony Heffernan (originally from Cork) in his family home on the Dingle Peninsula to map out his plans to raise €250,000 to fund the development of “BUMBLEance”, the National Children’s Ambulance service.

The Event, launched by Broadcaster Miriam O Callaghan, is asking members of the public to get involved and support this great cause. Aptly named the BUMBLEance Mega Push, involves pushing a special BUMBLEance vehicle from Dingle to Dublin, a total of355 kilometres. Starting in Dingle town, Mike, Tony & co will push & pull the vehicle over the notorious Conor Pass, a treacherous and windy mountain road before heading East towards Dublin, a journey that will take 9 to 10 days to complete. The route will see the team pass through the villages and towns of Dingle, Camp, Castleisland, Templeglantine, Adare, Birdhill, Moneygall, Mountrath, Monasterevin, Kill and finishing in St Stephen’s Green in the Capital on September 20th, where to finish off, the team will push the vehicle around a Half Marathon Course in Dublin City Centre.

Not only will the charity be seeking Corporate and Public support with the fundraising, they are also asking people to TEXT the word BUZZ to 50300 to donate €4 to the charity. Those wanting to get involved can contact BUMBLEance on 083 00 44 444 orinfo@BUMBLEance.com . Volunteers and fundraisers are welcome to join the team along the route. More info on Facebook/ Twitter or online at www.BUMBLEance.com

Mike O’Shea stated: “Over the past few years I have fundraised for many overseas charities & causes but this year I decided to work on a major Irish project. The BUMBLEance service is so important, providing a unique & vital service, but when I heard about the Angel Run’s, this was project for me! We need to support this to help young children here in Ireland, many who will only have a short experience of life as we understand it, all funds raised will go towards the purchase of a new Ambulance, and two if we can make it happen”.

“BUMBLEance” is the World’s first interactive children’s ambulance service which transports children, for free, from all over Ireland, to & from children’s hospitals, respite, treatment centres and hospices. Parents can travel with their child in the back and relax while they and their loved one are taken care of by the paramedic & EMT onboard the BUMBLEance.

The BUMBLEance service also providess “ANGEL TRIP’s”. An Angel trip is the final journey a sick child & their parents take together on earth before the child grows their Angel Wings. The stress of such a trip is normally left on the shoulders of parents, however with BUMBLEance, this stress is taken away, the parents and the child can concentrate of spending as much quality time together during the child’s remaining days.

Tony Heffernan, founder & CEO of the Saoirse Foundation stated, “this is mega challenge for a mega service, in the first 10 months of operation the positive effect that BUMBLEance has had on the sickest of Irish children in overwhelming, so much so that it is now a priority to try and get 2 more BUMBLEance’s on the road in the next 12 months”.

Tony and Mary Heffernan sadly lost their daughter Saoirse in 2011 and their son Liam, 5, died just 11 weeks ago, on May 4th 2014, both to Battens Disease, a rare and degenerative condition of the brain. Liam (5) had his very own Angel trip in the BUMBLEance on May 1st 2014, just before he was reunited with his sister in heaven.

This state of the art ambulance is as colourful inside as it is out, and fully loaded with gadgets and gizmos, including a games console, 19” LED TV, Stereos, iPads etc including a 2TB storage system capable of holding 6500 movies and cartoons, 13500 albums. The ambulance also has satellite tracking, dual channel Wi-Fi, allowing those onboard to see where they are on the road as well surf the net, Skype or engage in social media on the go. 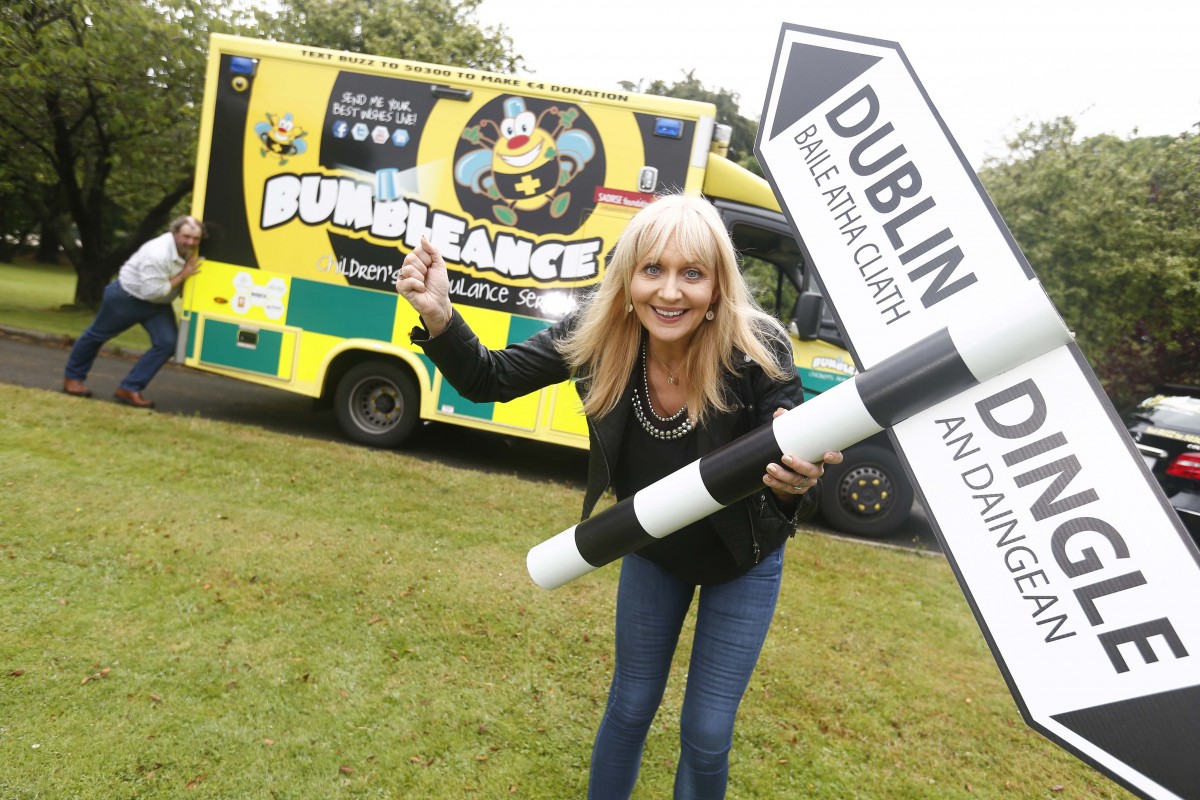