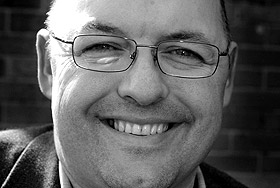 Tony Heffernan is the Founder and CEO of The Saoirse Foundation. Tony and his wife Mary were exposed to the full implications of what it is like to deal with of living with rare genetic conditions when both their children, Saoirse and Liam, were diagnosed with the rare, fatal condition, Batten Disease. Saoirse passed away in January 2011, and just three years later, Liam lost his battle with Batten Disease in May 2014.

Tony is a former Ships Captain. After graduating in 1993 from CIT Cork, he returned in 1995/96 to complete his Masters. He is a key member of the Minister for Health’s National Steering Group tasked with developing Ireland’s first national rare disease plan and strategy. Tony is also a director of the Medical Research Charities Group (MRCG), which promotes a dynamic approach to medical research in Ireland, with the ultimate goal of improving the nation’s health.

Through its global connections, Bee for Battens became a founding member of the Batten Disease International Alliance, a global organisation representing patients, families, research and clinical facilities from every continent. Tony Heffernan was elected the Alliance’s first president in 2010. As part of his advocacy role, Tony told the Oireachtas Health Committee in 2015 that the proposed National Rare Disease Plan for Ireland 2014-2018 was a step in the right direction, but that the systems need to revolve around the patient, not the other way around.

In 2014, Tony and Mary were awarded RTE’s People of the Year Award for their selfless dedication and commitment to helping the families of sick children. Since the launch of the first BUMBLEance in 2013, Tony has been an instrumental force in driving the service forward. BUMBLEance now has 6 vehicles on the road nationwide, assisting hundreds of sick children and families throughout the island of Ireland annually.

Register Your Event
We use cookies to ensure that we give you the best experience on our website. If you continue to use this site we will assume that you are happy with it.OkRead more